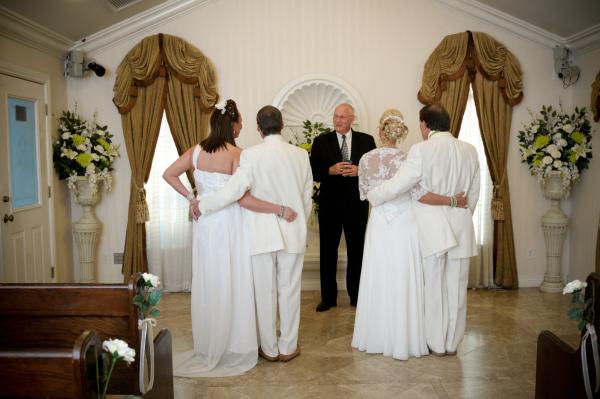 Susan and Richard Blades, along with Karen and Steven Wadrop, all got married here at Chapel of the Flowers. In fact, they had a double wedding! Richard and Karen are brother and sister, so they decided to just have their ceremonies together, in Las Vegas. 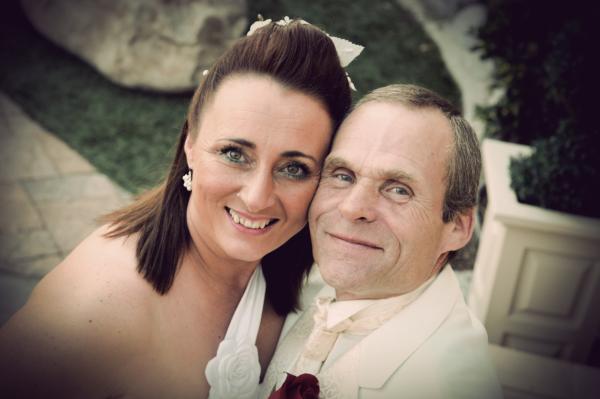 Having a double wedding is something that I was not so familiar with at first. However, they each had their own photographer, so they each went through the check in process separately, which made things easier. The one super cute addition to all this is that they signed as each others witnesses on their marriage licenses! After the check in process, the couples met with the minister and photographers together. They had no guests attend their wedding(s); however, they did have each other. 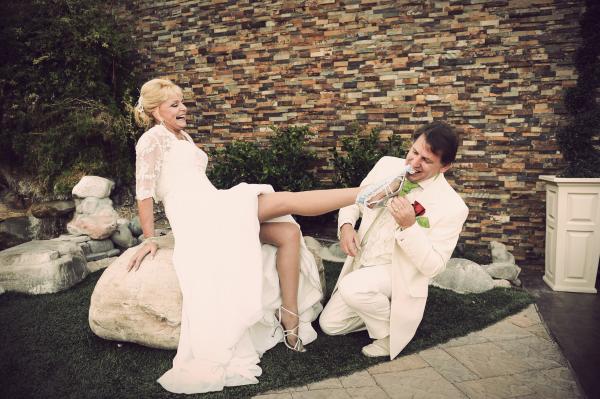 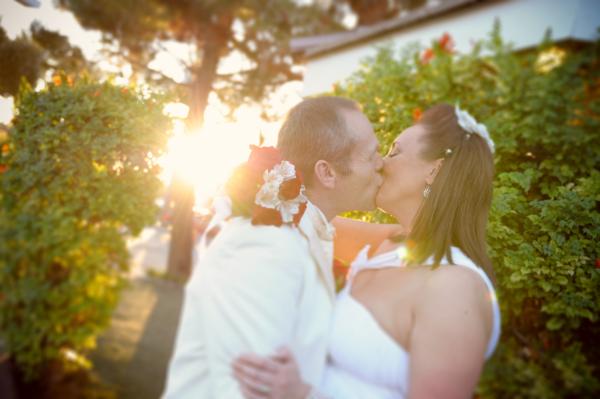 They were all so cute, and so excited to be having a double wedding. Their wedding was super fun, and meant something special to each of them, since they were all so close. I wish Susan and Richard, and Karen and Steven, all a wonderful and happy life together in marriage and together in family! 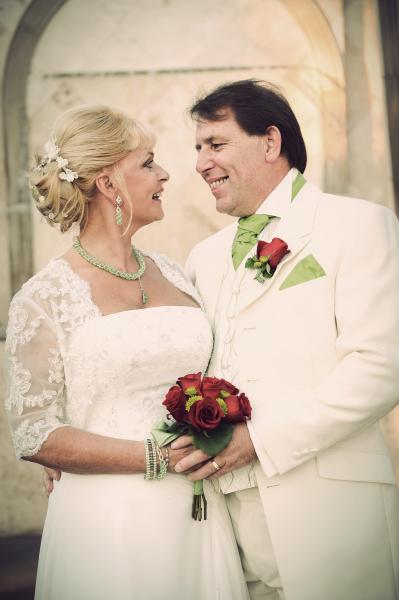