Helene always dreamed of her wedding taking place in a chapel or in a Catholic Church. However, the man she fell in love with and wanted to call her husband had gone through a divorce. In France, there is a rule that you can not re-marry in the Catholic Church. Regardless of that, it did not stop Xavier and Helene from getting married and starting a family together.

This summer, Xavier and Helene, along with their two boys went on a three-month vacation to America. Since they were in Las Vegas, Xavier wanted to make Helene’s dream come true, so he secretly planned for them to renew their vows here at Chapel of the Flowers! He chose for them to have their ceremony in the Victorian Chapel, which looks the most traditional. Helene was so excited once she found out! A few minutes before her ceremony, Helene started to cry tears of joy that Xavier and she were going to exchange vows in a chapel, and that their two boys were there supporting their mom and dad. 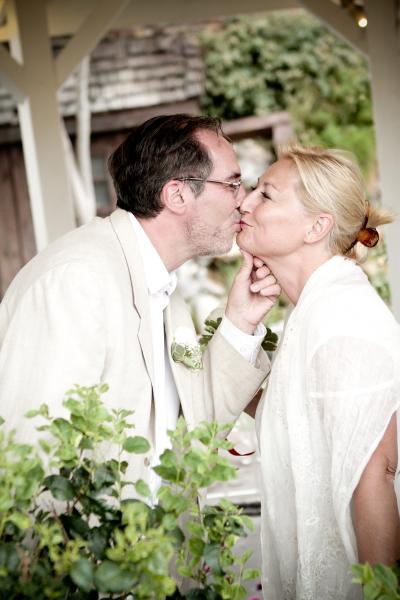 Xavier and Helene were both very sweet, and their two boys adorable. I was so happy for Helene to see her dream come true, and it was just wonderful that I was able to be a part of that! I wish them all the best! 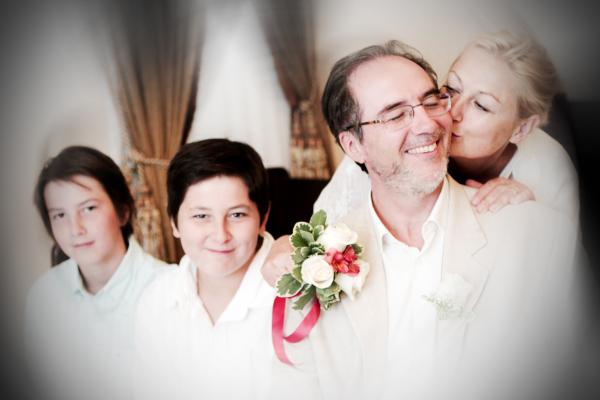