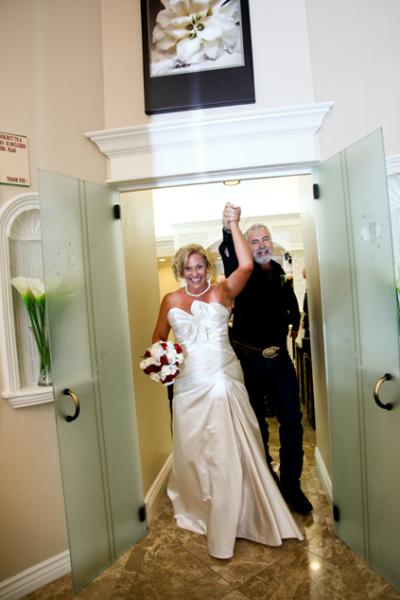 Don and Vici Lacy are two people that I adore! I knew immediately upon meeting them that this is a couple I will remember. They were so sweet and kind. They had four guests with them, all who were family members, and I had such a great time as I was checking them in and getting to know them. Don and Vici both seemed very calm when they first arrived, but as soon as I was fixing Vici’s train and about to start the ceremony, I could tell her nerves were getting a little higher. I just made sure I kept her calm.

I loved their theme of their wedding – whether they had a particular theme or not, it was something I won’t forget. The ladies were in black dresses with cowgirl boots on, and the gentlemen were in black button up shirts with jeans and cowboy boots! Vici was in a champagne colored gown with cowgirl boots underneath. I’m a country girl at heart, so I loved it all! They were both so excited to get married, and I could tell they are two people that are meant for each other and love each other unconditionally. 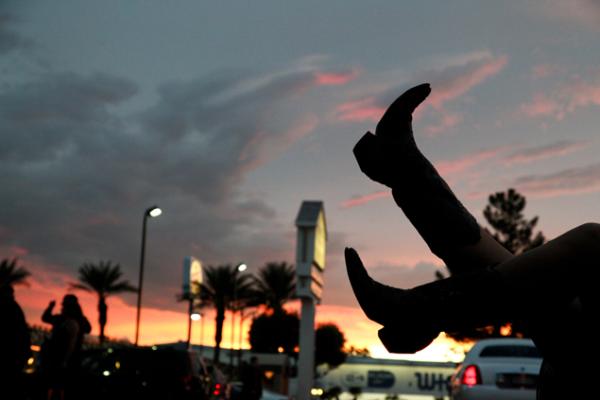 I wanted to get the detailed story about how Don and Vici met, so I emailed Vici to ask her if she wouldn’t mind telling me their “how did you meet” story. This is what she replied with:

“My son played in a band and was playing at a little bar in San Marcos, Texas (on May 15, 2010, to be exact), so my daughter, niece and I drove from Austin to go hear him play. My son had been telling me there was someone he wanted me to meet, but I had no idea who it was (nor did I really believe him). I saw this incredibly handsome, silver-haired man as soon as I got out of my car, but again, had no idea who he was. After we sat down, my son brought Don by and introduced us. It was like lightening and we hit it off immediately! Unfortunately, my son passed away a short 5 months later (October 24, 2010) in an accident, but he is the true reason that Don and I are together. We have only been together 1 year and 3 months, but we are literally a match made in heaven. Don had been in a long-term relationship and she passed away in February before we met in May. Though his love for her has never been slighted or lost through our relationship, we both understand that life must go on. We were meant to help each other through some very difficult times in our lives and we now know that together we can conquer most anything!

Don proposed to me after only dating a couple months. I had always said that I had no reason to get married again. My kids are grown, I have my own career, my own home and make a decent living for myself. Why in the world would I get married again? At least that’s what I said before I met the man of my dreams. One evening when he picked me up for dinner, he had brought a new bottle of tequila for us to try (yes, I am a tequila fan). I thought he was just excited for me to try this new tequila as he shook a taster over ice and brought them out for us both. He handed me mine and watched in horror as I almost swallowed the ring he had dropped inside the tequila shot. It hit me right in the front tooth and luckily, it didn’t break my tooth nor did I swallow it. But, that was a man after my own heart. It was not a fancy proposal (if you met Don, you know he is not a ‘fancy’ kinda guy), but a proposal that was lighthearted, fun and truly special to us. And now, that’s exactly how we feel about everyone at Chapel of the Flowers—Truly special. 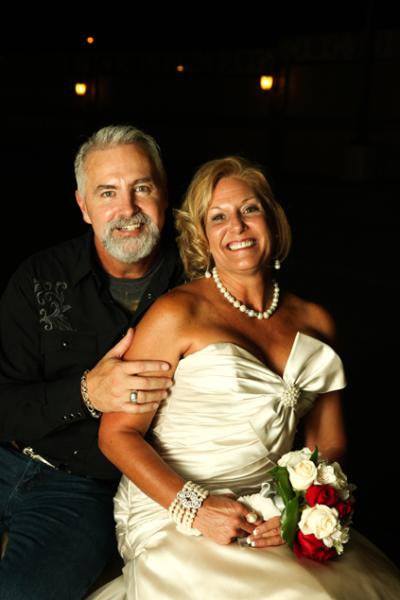 I can’t tell you how special it was to meet all of you at Chapel of the Flowers. I was not sure what to expect, but I can tell you that you BLEW US AWAY! You were very organized down to every detail, your staff couldn’t have been friendlier and made us feel special, and to top it all off, we had a BLAST!! Please pass on a special thanks to George, who picked us up and gave us a history lesson on Vegas, to the minister who felt a special bond with us after meeting my daughter who looked just like his daughter, to you for being that special person to help with the nerves and every last minute detail, and to Vanessa for how fun she made the picture-taking session and how absolutely PHENOMENAL they turned out!!

Our sincere and heartfelt thanks to everyone! We were so impressed and we felt as if we have known each of you all our lives. I know that we were probably just another couple getting married to you, but you DID NOT make us feel that way. Wow! It’s obvious that you care about what you do and it truly shows!” 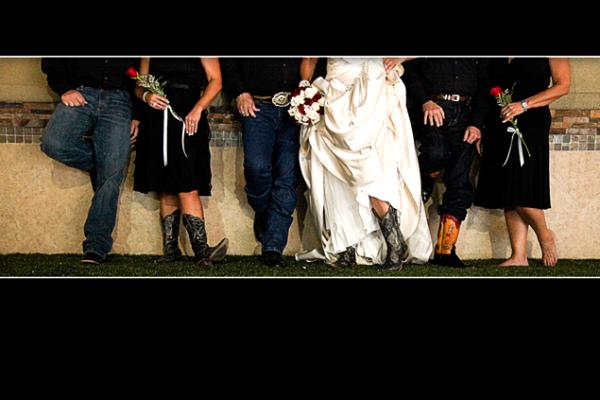 I am so fortunate to have met Don and Vici. Honestly, they are two people I will remember forever. I could tell that they love life, they love each other and they were ready to move on into this new chapter of their lives together. I wish them all the best in their future endeavors!