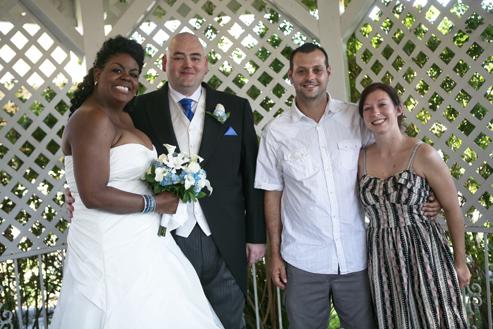 Ricky and Lauren have been together for six years when they tied the knot on Wednesday in our LaCapella Chapel with 24 guests in attendance. They began planning their wedding with us in mid-August of 2010. More than 20 of their closest friends and family traveled to Las Vegas all the way from the United Kingdom to join them. Ricky and Lauren were both very nervous, as well as all of Lauren’s bridal party, as they lined up to walk down the aisle, but it was sweet bliss for the newly-wed couple after the ceremony was over. 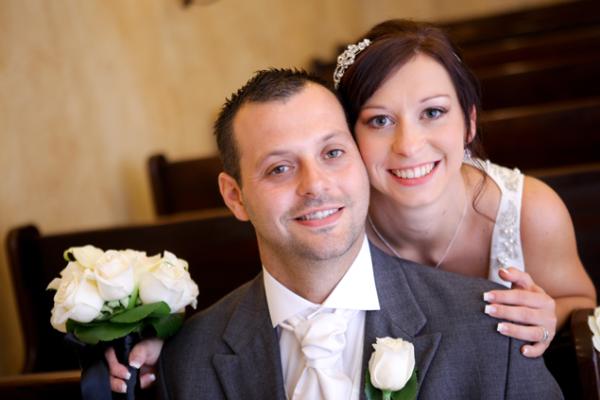 Eva and Barry met three years ago when Barry, who was traveling from the U.K., was at a conference in Canada and he met Eva. Eva was from Canada and even on their wedding day, they still had not decided on where they would live, either in Canada or the U.K. Barry had proposed to Eva in March but they planned their wedding at the Chapel in only two weeks. Eva and Barry came to Vegas alone and did not expect any guests in attendance for their intimate wedding, although they had about 100 viewing the ceremony live on the internet. 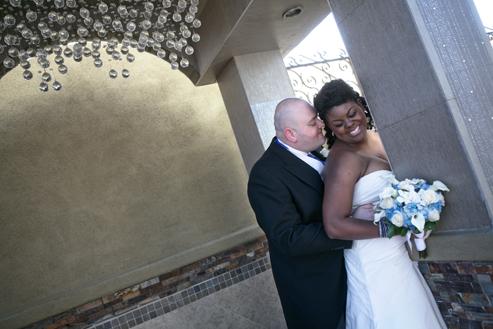 Eva and Barry were hotel hopping on Tuesday night and decided to have some pizza at the New York New York Hotel & Casino and Barry noticed a group of ladies having a Hen party. A Hen party is the European version of a Bachelorette party but is usually centered on a theme and most times, costumes are involved. Barry could tell what part of England the girls were from based on their accents and he and Eva began chatting with the ladies and discovered they both were getting married at Chapel of the Flowers within the next two days. The bride in the Hen party happened to be Lauren, but Ricky wasn’t there as he was having his own stag night. So between Lauren, Eva and Barry, they all decided to attend each other’s wedding. It was a day of joy as Eva and Barry attended Ricky and Lauren’s wedding and the next day when Ricky, Lauren and a few other friends of theirs attended Eva and Barry’s ceremony as their only guests! 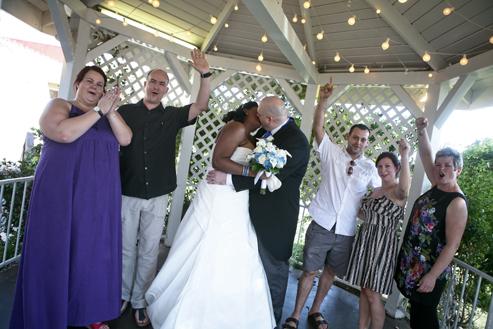 I’d like to imagine that Eva and Barry decide to go live in the U.K. and are next door neighbors with Ricky and Lauren and as they have children and grandchildren, they always tell the story of how they all met and became friends in Las Vegas on their wedding days!